In many European countries, the main meal of the Resurrection Sunday is lamb, because when the lamb is consecrated, it can be remembered that Moses led the Israelites out of Egypt through the blood of the lamb, which was later known as the Passover lamb. He was the Holy Lamb of God, through the blood he left on the cross, human beings can be cleansed from sin and from the slavery of the devil. In addition to lamb, there is also the custom of eating lamb legs. According to legend, once God ordered Abraham to kill his only son Isaac as a sacrifice to test his loyalty. Abraham was in great pain. Finally, he decided to do it according to God's will. As soon as he raised his sword and cut down on his son, God sent angels to stop him. And Abraham offered a ram as an offering to God. After that, it became a custom to sacrifice sheep to God. 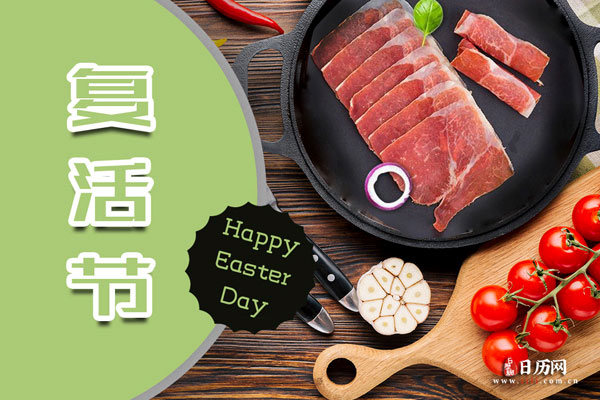 Bread reminds Christians that Jesus is the living bread of eternal life. In many European countries, special Easter Bread is usually baked at Easter. The bread is painted with the words of Christ Jesus, the cross, or the design of the lamb, etc. to commemorate Christ.

Another symbol of Easter is the little rabbit, because it has a very strong reproductive capacity, people regard it as the creator of new life. During the festival, adults vividly tell children that Easter eggs will hatch into rabbits. Many families also put some eggs in the garden lawn for children to play the game of finding eggs. Easter bunnies and eggs have also become a hot commodity during the festival. The shopping mall sells all kinds of rabbit and egg like products. In addition, the small food shop and candy shop are filled with chocolate rabbit and egg. These "food rabbit" looks lovely, the shape of egg is different, tastes sweet, and it is also suitable for giving to friends.

The American food in Easter also has its own characteristics, mainly mutton and ham. The habit of eating ham is said to have been brought in by British immigrants. At the beginning, the British people used ham to show their contempt for the blood contained in the Jewish taboo meat food. Today, it has developed into the traditional food of Easter. However, people often eat Easter cans during Easter.